Deficiency of iron, iodine and vitamin ‘A’ are the most widespread forms of micronutrient deficiency and malnutrition in Nepal resulting in severe public health concerns. Such deficiencies have resulted in continued and sustained loss of productivity in women, permanent mental disability, blindness, and increased infant and maternal mortality rate. Thus, in order to combat this problem of “hidden hunger,” IN implemented Micronutrient Supplementation Projects in Sindhuli, Gorkha, Lamjung, Tanahun and Sarlahi districts. IN has integrated this aspect into the current Rautahat Project also. As a part of this project activities, in addition to distributing vitamin ‘A’ capsules and iron tablets, IN has been educating and encouraging people to start a home garden for their own consumption as a source of naturally available micronutrients by providing seasonal vegetable seeds for free. IN established nearly 2,750 home gardens  in 2016 in Rautahat district. 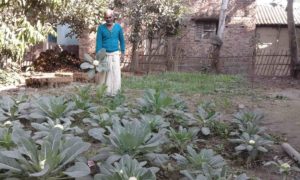 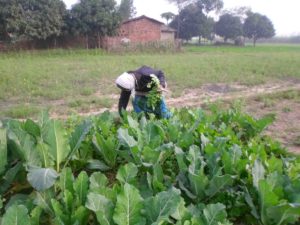